In a new feature, the ANZAMEMS newsletter is taking the opportunity to highlight the research of some of our members. Dr Julie Davies recently published her book Science in an Enchanted World: Philosophy and Witchcraft in the Work of Joseph Glanvill (Routledge, 2018). She tells us more about her book and what she is working on now… 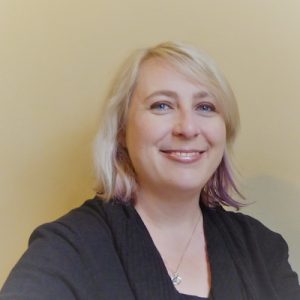 I work primarily on the intellectual history of medieval and early modern Europe. I am motivated by an interest in cosmologies: the way societies have understood how the world works and the role humankind has within in the universe. My research interests include demonology, witchcraft, science and experimental philosophy, theology, metaphysics, mythology and the supernatural. I received my doctorate from the University of Melbourne and am currently research assistant to Charles Zika at the ARC Centre of Excellence for the History of Emotions at the University of Melbourne. I am also the announcements editor for the International Society for Intellectual History.

Glanvill is well known in the history of both witchcraft and the Royal Society of London. He was, after all, friends with notable figures like Henry More, Robert Boyle and Richard Baxter. However, few scholars have attempted a comprehensive investigation into Glanvill’s eclectic body of work. Science in an Enchanted World: Philosophy and Witchcraft in the Work of Joseph Glanvill is an exploration of the relationship between Glanvill’s work on witchcraft, the Saducismus triumphatus, and the ideas he presented in his well-regarded works on the experimental method of the Royal Society, metaphysics, theology and pastoral care. The result is a multidisciplinary work that offers a unifying perspective on Glanvill’s diverse works and a resource to help future scholars navigate through the multiple editions and versions of Glanvill’s complex corpus.

In current research I am looking at remedies for melancholy and am heading to the Herzog August Bibliothek in early 2019 to compare the work and motivations of some early English and German female botanists. This kicks off my next big project on the place of horticulture, herbalism and botany in the lives of European women. I’m also particularly interested in when scientific and religious practices were recommended as paths towards emotional well-being.

My other recent publications include a collection edited with Michael Pickering A World Enchanted: Magic and the Margins (2014), “Botanizing at Badminton House: The Botanical Pursuits of Mary Somerset, First Duchess of Beaufort” in Domesticity in the Making of Modern Science, edited by Donald Opitz, Brigitte van Tiggelen and Staffan Bergwik (2015) and “German Receptions of the Works of Joseph Glanvill: Philosophical Transmissions from England to Germany in the Late Seventeenth and Early Eighteenth Century” in Intellectual History Review (2016).

You can find Julie on Twitter @JulieD1680 and on Academia.edu at https://unimelb.academia.edu/JulieDavies

ANZAMEMS members who would like to profile their recent book-length publications via the newsletter should contact the editor, amanda.mcvitty@gmail.com. We particularly encourage early career scholars and those with first books to get in touch.