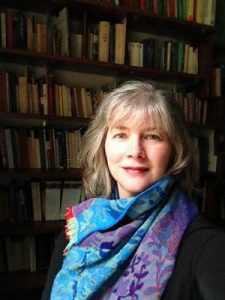 Susan Broomhall is Professor of History at The University of Western Australia and Director of the Centre for Medieval and Early Modern Studies. She was a Foundation Chief Investigator in the Australian Research Council Centre of Excellence for the History of Emotions. She became an Honorary Chief Investigator in 2014, having taken up an Australian Research Council Future Fellowship. Her research explores gender, emotions, material culture, cultural contact and the heritage of the early modern world. She is author of several monographs and edited collections, including, mostly recently, (with Jacqueline Van Gent), Dynastic Colonialism: Gender, Materiality and the early modern House of Orange-Nassau, Routledge, 2016, and Gender, Power and Identity in the early modern House of Orange-Nassau, Ashgate, 2016.

Susan was elected as the Parergon Editor in 2017.