Back to main MCN page

Tracy Adams received a Ph.D. in French from Johns Hopkins University in Baltimore, Maryland, in 1998. Associate Professor in European Languages and Literatures at the University of Auckland, New Zealand, she has also taught at the University of Maryland, the University of Miami, and the University of Lyon III. She was a Eurias Senior Fellow at the Netherlands Institute for Advanced Studies 2011-2012, an Australian Research Council Centre of Excellence in the History of Emotions Distinguished International Visiting Fellow in 2014 and a fellow at the Herzog August Bibliothek fellowship in Wolfenbüttel, Germany, in 2016. She is the author of Violent Passions: Managing Love in the Old French Verse Romance (Palgrave Macmillan, 2005), The Life and Afterlife of Isabeau of Bavaria (The Johns Hopkins University Press, 2010), and Christine de Pizan and the Fight for France (Penn State University Press, 2014). With Christine Adams, she has just edited Female Beauty Systems: Beauty as Social Capital in Western Europe and the US, Middle Ages to the Present (Cambridge: Cambridge Scholars Publishing, 2015). Also with Christine Adams, she is completing the Creation of the French Royal Mistress, scheduled to appear in 2017.

Sahar Amer (Ph.D, Yale University) is Professor and Chair of the Department of Arabic Language and Cultures at the University of Sydney. Her research focuses on gender and sexuality in Arab and Muslim societies, on comparative, cross-cultural relations between Arab Muslim societies and the West, and on postcolonial identities. She is especially interested in the notion of borders (cultural, linguistic, historical and geographic), not as elements of separation and division, but rather as fluid spaces of cultural exchange, adaptation and collaboration. She is the author of What Is Veiling? (2014); Crossing Borders: Love between Women in Medieval French and Arabic Literatures (University of Pennsylvania Press, 2008), winner of the 2009 Aldo & Jeanne Scaglione Prize for Comparative Literary Studies by the Modern Languages Association of America, and A Feminine Esope: Marie de France and the Politics of Interculturality (Rodopi Press, 1999). 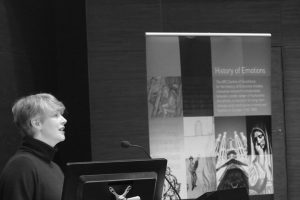 Susan Broomhall is Professor of Early Modern History at The University of Western Australia. Her research explores gender, emotions, material culture, cultural contact and the heritage of early modern Europe. She was a Foundation Chief Investigator in the Australian Research Council Centre of Excellence for the History of Emotions. In 2014, she became an Honorary Chief Investigator, having taken up an ARC Future Fellowship. 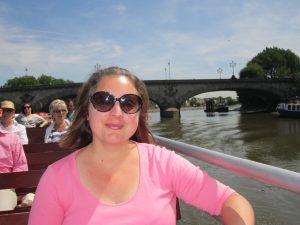 Megan Cassidy-Welch is associate professor of history at Monash University. Her expertise is in thirteenth-century European history, especially social and cultural histories of space, memory, and most recently violence. Her most recent book is Remembrance Projects: war and memory at the time of the Fifth Crusade (forthcoming, Penn State UP, 2017). Other books include Monastic Spaces and their Meanings: Thirteenth-century English Cistercian Monasteries (2001), and Imprisonment in the Medieval Religious Imagination (2011). She is currently Head of the School of Philosophical, Historical and International Studies at Monash, and has contributed to women’s mentoring programs, committees for Equal Opportunity in the Workplace and postgraduate career training at Monash University, the University of Melbourne and the University of Tasmania. 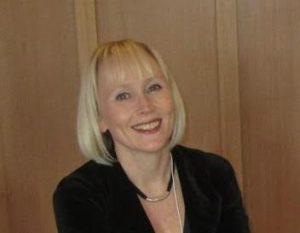 Louise D’Arcens is Professor in the Department of English at Macquarie University, and holds an Australian Research Council Future Fellowship. Her publications include the books Old Songs in the Timeless Land: Medievalism in Australian Literature 1840-1910 (2011) Comic Medievalism: Laughing at the Middle Ages (2014) and the edited volumes International Medievalism and Popular Culture (2014), Maistresse of My Wit: Medieval Women, Modern Scholars (2004) and the Cambridge Companion to Medievalism (2016). She has also published numerous chapters on medievalism and medieval literature as well as articles in journals such as Representations, Screening the Past, Parergon, Studies in Medievalism, and Postmedieval.

Anne Dunlop is the Herald Chair in Fine Art at the University of Melbourne. She works on medieval and early-modern European art, with particular interests in the materials of art and links between Europe and Eurasia. She has taught in universities in Canada, the UK, the US, and Australia; and she would be pleased to mentor both other art historians and colleagues in other fields. 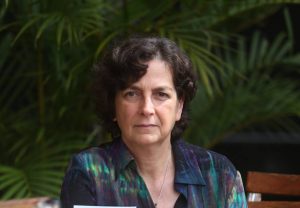 Sarah Ferber is Professor of History at the University of Wollongong. She is an historian of early modern European religion and of modern medicine. Sarah has had extensive experience as a mentor, providing advice to scholars at all levels, in relation to career planning, promotion and preparing of CVs. She is keen to assist emerging scholars as they learn the ropes of ARC applications and rejoinders and job/promotion applications, in particular. Please feel welcome to email her on sferber@uow.edu.au 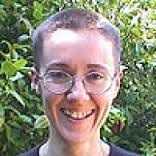 Dr Elizabeth Freeman is Senior Lecturer in Medieval European History and Deputy Associate Dean Learning and Teaching (Faculty of Arts) at the University of Tasmania. She is pleased to say that she has attended and participated in every ANZAMEMS conference since she was a postgraduate student in 1996 – she wouldn’t miss the conference for anything! She has experience in journal editing, journal article refereeing, monograph proposal refereeing, assessment of national competitive grants, and membership of university job selection panels. 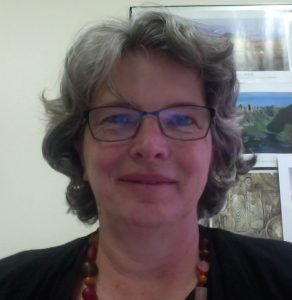 Dianne Hall is senior lecturer in History at Victoria University, Melbourne. She has previously worked at Queen’s University, Belfast and held an ARC post-doctoral fellowship at the University of Melbourne. Her research interests include pre-modern Irish history, particularly of gender, religion and violence, as well as histories of the 19th century Irish diaspora. Her book Women and the church in late medieval Ireland (2004, 2008), is the standard work in its field. Her current projects include histories of gender, violence and the Irish from the medieval period to the end of the 19th century, and the history of the Irish in Australia. 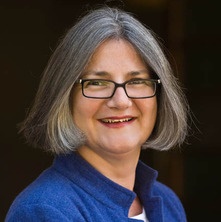 Dr Dolly MacKinnon is an Associate Professor in Early Modern History at The University of Queensland.

Her research background spans history and music, and she concentrates her research on the marginalized and institutionalized by analysing the mental, physical (including material culture) and auditory landscapes of past cultures giving voice to the voiceless. A key thread in life, research, teaching and service is an abiding belief in achieving gender equity and diversity. Dolly’s recent publications include her monograph, Earls Colne’s Early Modern Landscapes (Ashgate, 2014), and chapters on ‘Slave Children: Scotland’s Children as chattels at home and abroad in the eighteenth century’, in E. Ewan and J. Nugent (eds.) Childhood and Youth in Premodern Scotland, St Andrews Studies in Scottish History (2015), ‘‘“Good God Mrs Nicholson”: Slaves and domestic disquiet in eighteenth-century Scotland’, in D. Ellison and A. Leach (eds.) On Discomfort: Moments in a Modern History of Architectural Culture (Routledge, 2017), and ‘The Ceremony of Tolling the Bell at the Time of Death’:  Bell-ringing and Mourning in England c.1500–c.1700, in J. W. Davidson & S. Garrido (eds.), Music and Mourning: Interdisciplinary Perspectives (Ashgate, 2016). Dolly has also just co-edited, with Alexandra Walsham and Amanda Whiting , the Special Issue: Religion, Civil War and Memory for Parergon 32:3 (2015-16), in honour of Dr D. E. Kennedy. 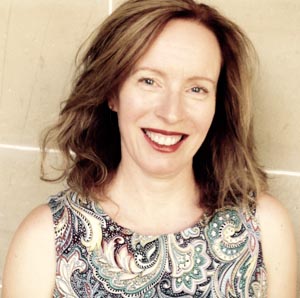 Dr Catherine Mann is a senior manager at The University of Melbourne, an Honorary Fellow in Melbourne Centre for the Study of Higher Education, and an Honorary Associate Investigator with the ARC Centre of Excellence for the History of Emotions. She has extensive experience in mentoring and developing scholars, staff and students, both within and beyond the academy, in order for them to achieve their personal, educational and career goals. Catherine holds an interdisciplinary PhD in English and History and her current research interests focus on early modern service, emotional identity and epistolarity alongside experiential learning, skills development and academic advising in international higher education. She leads a team who work with undergraduate, graduate and research higher degree students to recognise, build and articulate their capacity and employability for creative career futures. Catherine also works with staff to enable them to reflect on, define and refine the technical, transferable and translatable skills they extend to their workplace settings.

Clare Monagle is a Senior Lecturer in Modern History at Macquarie University. Her fields of expertise are medieval intellectual history, as well as the politics of medievalism. In 2013, she published Orthodoxy and Controversy in Twelfth-Century Religious Discourse: Peter Lombard’s Sentences and the Development of Theology. Clare is committed to mentoring junior scholars. At Macquarie, she convenes a scheme for new staff members, in order to provide pastoral support and strategic advice.

Samantha Owens is Associate Professor at Victoria University of Wellington, where her research centres on historical performance cultures, in particular early modern German and Irish court music and the reception of German music and musicians in Australasia, 1850–1950. In 2012, Samantha was elected a Fellow of the Australian Academy of the Humanities, and has also held visiting fellowships at the Herzog August Bibliothek in Wolfenbüttel, Germany (2004); Clare Hall, University of Cambridge (2007–2008); and at the Institut für Musik, Martin-Luther-Universität Halle-Wittenberg, Germany, as an Alexander von Humboldt Foundation Research Fellow (2009–2010).

Kim Phillips is Associate Professor of History at the University of Auckland, where she has taught courses in medieval and Renaissance history, the history of sexuality, and medieval women since 1997. Originally from Melbourne, Kim completed her BA (Hons) at the University of Melbourne (1991) before taking up a Commonwealth Scholarship to study for a DPhil at the University of York (1998). Kim is committed to gender, sexual, social, and racial equality, and these beliefs are reflected in her academic teaching and research. Her main publications include Medieval Maidens: Young Women and Gender in England, 1270-1540 (Manchester University Press, 2003), Before Orientalism: Asian Peoples and Cultures in European Travel Writing, 1245-1510 (University of Pennsylvania Press, 2014), and, co-authored with Barry Reay, Sex Before Sexuality: A Premodern History (Polity, 2011). She has been an active member of ANZAMEMS since 1998, including stints as President and NZ Vice President.

Sarah Ross teaches English at Victoria University of Wellington, and researches in early modern literature, especially women’s writing, poetry, and religious and political writing. Sarah is a New Zealander, completed her DPhil at Oxford University, and returned to New Zealand in 2001 via a postdoctoral research post at the University of Warwick. She took up a full time academic position at Massey University, Palmerston North, in 2003, and moved to Victoria in 2013. Her publications include Katherine Austen’s Book M: British Library, Additional Manuscript 4454 (ACMRS, 2011), Women, Poetry, and Politics in Seventeenth-Century Britain (Oxford UP, 2015) and, with Paul Salzman, Editing Early Modern Women (Cambridge UP, 2016). 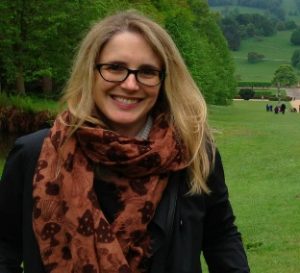 Jenny Spinks will be Hansen Senior Lecturer in History at the University of Melbourne from 2017, following four years at the University of Manchester. She researches polemical print culture in northern Europe, and has co-curated exhibitions on early modern apocalyptic and supernatural beliefs. Her publications include Monstrous Births and Visual Culture in Sixteenth-Century Germany (Pickering and Chatto, 2009) and Disaster, Death and the Emotions in the Shadow of the Apocalypse, 1400-1700 (Palgrave, 2016, co-edited with Charles Zika). She is currently writing a study of wonder books and prodigy culture in early modern northern Europe.

Stephanie Trigg is Redmond Barry Distinguished Professor of English Literature at the University of Melbourne. Her primary fields are medieval English literature, medievalism, and the history of emotions. Her most recent book is Shame and Honor: A Vulgar History of the Order of the Garter (University of Pennsylvania Press, 2012). She is a Fellow of the Australian Academy of the Humanities, and has received several awards for research, teaching and mentoring. She is Chief Investigator and Program Leader for the Australian Research Council Centre of Excellence for the History of Emotions.